There are some criteria for the listings in this section. All the practitioners appearing here are either people I have utilised often in my own healing or people who have been recommended by others whose words I have come to trust. They are individuals who strive to be accepting of their clients as they are. These practitioners are broad in their thinking and flexible in their approach. They also recognise the potent value of positive energies and offer as much of that as they can to each client in turn. I have found that their gifts, accepted genuinely yet discerningly, can open doors for real healing to occur.

Eoin and Crissi are the two acupuncturists who run the Sanctuary. They are both very experienced acupuncturists and have been practising for over 30 years. They use very small gauge needles and also dispense a range of herbal medicines and homeopathics. They use the treatment strategy of a short consultation, inserting needles and then leaving the client while they treat another. They are always close by and give each client a small bell to ring in case they experience any discomfort. Both Eoin and Crissi are caring and giving souls who have different skills and abilities which nicely augment each other. 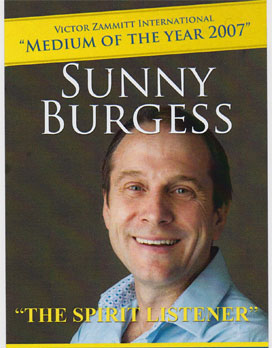 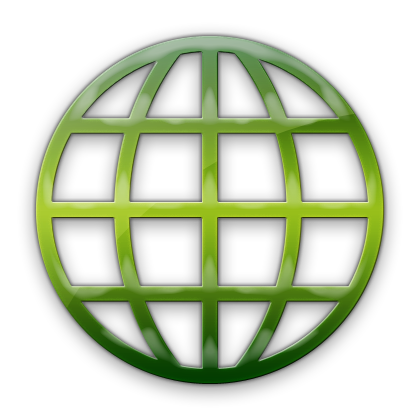 Sunny works in the Cloud Room which is located at the same address as Eoin and Crissi (see above under Acupuncture). Sunny's appointments are arranged by another party, to make an appointment please Email: Jane Rob

Sunny is the Victor Zammitt International Medium of The Year 2007. With over 20 years experience as a theatre medium (UK TV/Radio) Sunny's natural humour and down to earth approach puts the audience at ease while keeping everything real. "I strive to bring verifiable facts concerning a loved one in the world of spirit, while also trying to honour their love and reason for wanting to communicate - creating a bridge between the two worlds", explains Sunny.

Sunny was born in 1964 in Manchester, England, and has previously worked as a school teacher. He currently holds a first class honours university degree (Q.U.T). Sunny has worked as a platform demonstrating medium for the last 20 years. He moved to Australia in 1993 where he spent 12 years demonstrating his psychic gifts to audiences at public events in Victoria and Queensland. Sunny has worked RSL clubs and theatres in South East Queensland since turning professional in 2007. He was awarded the highly acclaimed Victor Zammitt International medium of the year 2007 award for bringing full names and postal addresses of those in spirit to audience members. One YouTube reading at Coorparoo RSL club with such details features on his website Sunny Spirit.

In 2011 word of Sunny's psychic abilities reached James Van Praagh in America who scheduled a personal Skype reading with Sunny. Van Praagh was impressed with the reading and he has now endorsed Sunny as one of his personally selected mediums on his recommended practitioners' website. James Van Praagh is the original 'Ghost Whisperer' on whose life the show is based. He currently co-produces the show starring Jennifer Love Hewitt.

Van Praagh, a top selling international author, also starred in his hugely popular TV show 'Beyond' on Australian Channel 9 during 2002-3 where he gave mediumship readings to studio audiences.

"It was one of the most astounding readings I have ever had. Sunny brought in all the names of my aunts and uncles and the address of where they lived. It was staggering!" - James Van Praagh, AMerican Radio Fox News, 100.3FM, March 2012.

Peter Galbraith is a very experienced Osteopath who is very gentle in his treatments. Although the treatments are gentle they can be quite powerful in the effects they produce. One of Peter's specialities is in healing old injuries.

Peter practices from a downstairs room in his home. He is quick to respond to messages from clients and best contacted in the mornings before he commences work (usually between 7:30 to 8am) or when he is on his lunch break around 12:30pm. He doesn't use Eftpos and payments are by cheque, cash, or internet transfer.

Wholebody Focusing, is a relational somatic practice in which the Self is experienced as a global field of body-environment-situation. Wholebody Focusing puts us directly in touch with the body wisdom. It brings a strengthening of the whole person through an exploration of the dynamic space of being physically grounded in a sense of wholeness, while holding with equal regard something in me that wants my attention now.

Wholebody Creative Change is where Lynette's training as a Focusing professional (Wholebody) meets her practice as a creative musician and movement practitioner. Sharing this playful co-emergent space with others is the context in which Lynette feels at my most alive, and is the source of her vocation.

Lynette runs courses for groups at various locations around Brisbane, course details appear on her web site (above). Lynette also sees individuals in her studio at 4 Locust Street, The Gap 4061 - see the Google map above.


Feldenkrais is a total body integration movement healing system. It is extremely gentle. If you are not happy with the outcomes of Physiotherapy, Chiropractic, or even Osteopathy, then perhaps try the Feldenkrais system. Rhonda is a very loving and focussed practitioner. She is Brisbane's most experienced Feldenkrais practitioner, her practise is very gentle and caring. Rhonda has developed the skill of 'Resonant Artistry', she uses her voice to resonate with her clients bodies and dissipate tightness. Rhonda sees clients for individual treatments and she also runs classes where groups can learn Feldenkrais techniques. Other classes she runs, e.g. "Heartsong" & "Singing My Bones", are in sound, toning and music and use practical applications of the principles of resonance theory.